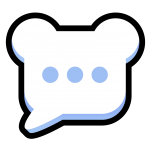 Welcome to the first Community Q&A for Bombergrounds: Battle Royale!

We have seen many of you being interested in the games features & systems over the past days, so we have decided on starting a routine of having a Q&A every so often.

Below I will summarize answers to the most popular questions we’ve found today in our Discord as of 2020-03-02. If you have more questions that we didn’t answer – you could always pop in to our Discord and ask us to cover it in the next Bombergrounds Community Q&A!

When is the game launching?

We’ll do our best to avoid crashes & lag during the release – I promise! 🙂

To stay updated, please read our Discord or Twitter.

With what currency will the Battle Pass be purchasable?

In the Early Access / Open Beta versions coming out on iOS, Android and Steam at 6th of March, 2020, the Battle Pass feature will not be included. This feature will be added as soon as we have an opportunity to launch Season 1.

What would be the major changes in the upcoming updates?

Some major features we currently have in plans are:

Currently, we do not know when these features can be added as we have limited time on our hands. We hope to be able to push more content as soon as possible, and we will continue having an open communications channel for people interested in the upcoming features.

Will there be a competitive leaderboard?

Currently there is no leaderboard implemented in the game. We are planning on introducing a leaderboard feature as soon as possible!

We may introduce weekly or daily leaderboards as well, to make things a bit more fair for new players.

On what platform is the game going to be playable?

The game is playable on the following platforms as of today: PC, Mac, iOS and Android.

What are the specs requirements and on what phone can we play the game?

As this is a 3D game with multiplayer features, the phone requirement is a bit higher. I think something along the way of a OnePlus 6 or Samsung 8+ should be very playable. It is possible to tune down the graphics in the game and have a better experience as well.

We will be working hard at trying to make the game run smoother on older devices with less computation power once we are live. If your phone cannot run the game smoothly today, please stay tuned for more updates!

As for PC and Mac, any computer with a graphics card should be able to run the game properly.

How much storage will the game take?

The current approximation is as follows, although it will end up changing every patch:

How are you going to handle the in games ads and in game purchase?

At first, we were planning on serving ads to players immediately on launch. On second thought, we decided to not implement that.

There will be no ads served in the initial Open Beta release, this may change in the future. We have been discussing ways for players to get free gems (paid store currency) by watching reward-based ads, and that is the most likely scenario as of now.

In-game purchases are made on your respective platform of choice, via Steam, iOS or Android, using the in-built wallet systems for these platforms.

You purchase gems in the store, which can then be turned in to Lootboxes of different kinds.

You level up your account faster by placing high in a match, defeating many players or staying alive for longer.

Does the game announce who the match MvP was?

No. But at the end of each game, the winner is announced following a celebratory sound & some fireworks. If other players stay around and spectate, they will see the winner of the game in full screen.

Is there a kill streak system in the game?

There are two ways to answer this question.

“Is there a kill streak system in the game?”
Yes, you can get double, triple, quadra, and ultra kill.

Is there an achievements system?

No. We want to implement something like that in the future, though!

Join our active community
Want to be a part of the community and find friends and other players that like Bombergrounds: Battle Royale just like you? Click the image below to join our Discord.

This website uses cookies to improve your experience while you navigate through the website. Out of these cookies, the cookies that are categorized as necessary are stored on your browser as they are essential for the working of basic functionalities of the website. We also use third-party cookies that help us analyze and understand how you use this website. These cookies will be stored in your browser only with your consent. You also have the option to opt-out of these cookies. But opting out of some of these cookies may have an effect on your browsing experience.
Necessary Always Enabled
Necessary cookies are absolutely essential for the website to function properly. This category only includes cookies that ensures basic functionalities and security features of the website. These cookies do not store any personal information.
Non-necessary
Any cookies that may not be particularly necessary for the website to function and is used specifically to collect user personal data via analytics, ads, other embedded contents are termed as non-necessary cookies. It is mandatory to procure user consent prior to running these cookies on your website.
SAVE & ACCEPT