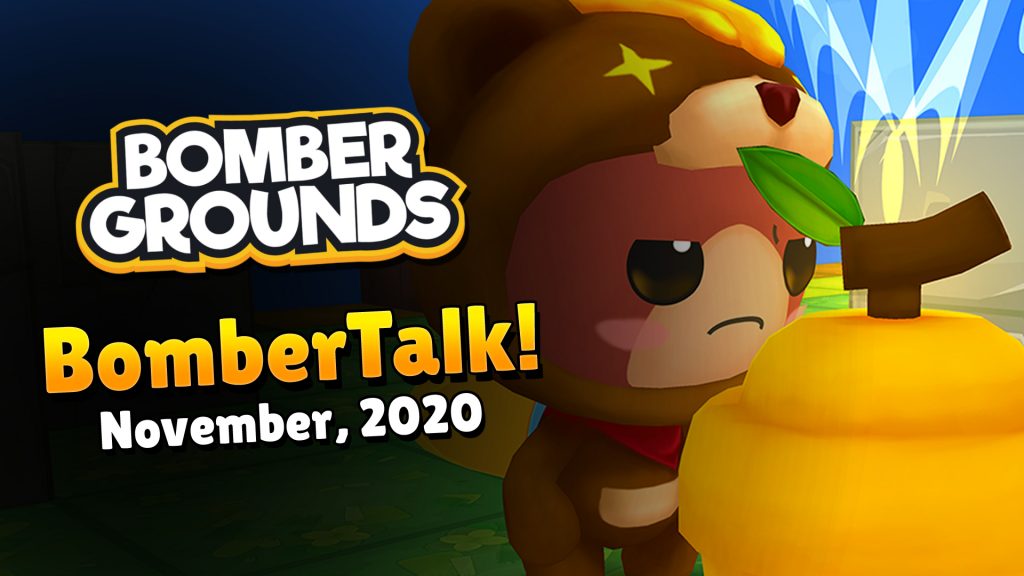 Welcome to the first article in our new “BomberTalk!” series. We hope you’ll enjoy this long-format written articles, as we’re chasing to be fully transparent towards our player base and prove to you that we are listening to your feedback. In fact – we’re always listening to your suggestions, so thank you for that.

So, what’s in your plans currently!? Spill the beans!

Yeah, yeah. Let’s jump into it.

These proposals are brought up in the same order that we have in our internal plans right now. How are we choosing what is most important you say? Well, it depends on a few different factors. We’re a small team, and so we have had a strong focus on making the base of the game stronger before we add more features, which allows for better stability, less bugs and add the capability to build more features easier once the bugs are gone.

Remember – we’re still in Early Access, and we used to spend the majority of our time fixing bugs, helping players that have had issues, community building and more. We have resolved a lot of bugs since release, and we’re soon done.

As a first step in the right direction, we’re focusing on recreating the Map Engine from the ground up. You can think of the Map Engine as the part of the game that draws and renders the Map in the game, and makes it possible for you to walk around on blocks and see other people.

The Map Engine have had several issues since launch; first and foremost, it is quite performance heavy when it shouldn’t be. Secondly, it allows for so called “water bombs” or unpredictable physics behavior. We’re aware of the frustration this creates, and so it is important for us to resolve it. Thirdly, it has some more uncommon but pretty bad graphical glitches when ledges drop, and currently it does not support extending the game into several game modes very easily.

While we’re at it, we are adding features that make it possible to add a proper Game Tutorial, and extensibilit features that makes it possible for us to create cool new Game Modes and making the playable Maps more fun both visually and technically. The idea is that not only will the Maps work better – they will also look better, have more features (think traps, slippery slopes and stuff like that!). At some point, we may even make the Map Editor into a public Community Feature, where creators can make their own Maps for submission or make use of in Custom Games.

Completing this fully will:

We hope that this feature will be fully completed and implemented in the upcoming Winter Season patch in 2020.

When we started developing Bombergrounds back in 16/17′, we had exactly what is in front of you right now as our core idea of the game – but! – on top of that, we also had an extensive list of features that we wanted to have in the game for when the game is feature complete. These features had previously been put on hold for a while due to the extensive strain on our team during the launch, where we received a lot more players than we had expected (we did plan for it, but who can really plan for the crazy chaos that is scaling an online-only multiplayer game!?).

Ok, enough about our story. Lets talk about what this means in the future of player progression in Bombergrounds.

We want to add new features, something that feels fun, engaging and that makes you motivated to play more than a few days a month. We want to make Bombergrounds into a game that you can sink hours into and feel that you still have something fun to do tomorrow. To do that, we will introduce some RPG elements into the game – while still keeping the game fun and simple.

The general idea is to..

This will add character and skill progression in the game, where eventually all players will end up in a maxed out state where the game is equally fair, but also unequally played. Some of you will pick traits that are fun, some will be maxing out power and some will maximize utility – or something entirely different, that’s up to you. Players will be able to find their own playstyle and enjoy their characters in their own way, and the characters will be a lot more unique and fun to play around with.

We envision that players will most likely optimize their character choices depending on what game mode they are playing, adding a new layer to the game where you can tune your character in the way you want. If you put some time into it, you’ll get better, and you may find your own style of the game that just works out great.

I’ll keep this one short, what we’re planning for Game Modes is the following.

Keep in mind: these are still unconfirmed. Not all of these will come in one patch, but over time.

– A New Standard Game Mode (adds health, new powerups, traps and healing devices, and more)
– Capture the Flag (team captain + party members, in a capture the flag-type game mode with 8-12 players total)
– Paint Match (color the ground with bombs instead of bombing each other, 8 players)
– Legacy Mode (the current game mode, where you die in one hit)

We have yet to decide when the game modes will be available. If they will be permanent additions, or something that comes online during special events or something like that. We’re open to your feedback!

A lot of you have been very vocal about adding private / custom game rooms to the game, as that would allow you to play against friends and set up tournaments, and much more. We love the idea and this is basically just a confirmation that we want to do it.

The Custom Games Rooms would not be hosted locally, they would still be hosted on our online-service, meaning you will not be able to play with your friends without an internet connection. However, we are investigating the possibility to add settings to these game modes, allowing for private/public lobbies, changing the max amount of players, changing general server settings such as timers, delays, cooldowns, powerups, and more. imagine the power of this functionality if we also have an in-game map editor, where you can play your own map with your friends in a custom game!

And what about tournaments made by players, with competitive-focused custom maps, perhaps? There’s a lot of potential here, and we’re happy to see so many of you excited about this feature.

#4 – So, you want to compete? Well, we have Ranked Mode & Leaderboards in mind!

Currently, we are focused on making the game into a release candidate where we are happy with the functionality and core features, but that doesn’t mean that we do not recognize the competitive players that just want to win, win, and win. After all, Bombergrounds is a fun game to compete and get those epic wins in, and we are of course planning to add a ranked mode, along with leaderboards that would be timed, not permanent, with prizes on the top.

The Leaderboards will reset daily, weekly, monthly or seasonally, and you’ll be able to claim some fun prizes for each period from most of them. The reward tiers have not been discussed yet, but we think that players that are really good at the game deserve to get something really cool! So stay tuned for that.

As you have wished, we will deliver.

We are planning on adding Effects (cool effects on the ground or around your character), Animations (custom animations that you can apply, such as Win Animation), and perhaps we’ll even add a few “Super-Skins”. These very unique skins would have features that are unlike any other skin you have ever seen, perhaps they’ll have moving parts, custom animations or custom effects that you can only get while wearing that full set.

That’s all for this BomberTalk, ducklings!

If you have any questions or feedback, you can send in a comment in the field below. We’ll approve and answer as many questions as we have time for, so check back in a while after commenting.

The discussion will most likely continue in our Discord server, as well, so head over there to talk about these ideas with your fellow Bombers! 🙂