We’re patching the game to version 0.8.7 of Bombergrounds: Battle Royale.

This patch adds The Artist Battle Pass (Season 1), The Artist Chest along with an entirely new map & soundtrack, “Candy Land”.

Please read through the patch notes to get a better understanding of what we have changed since last patch. 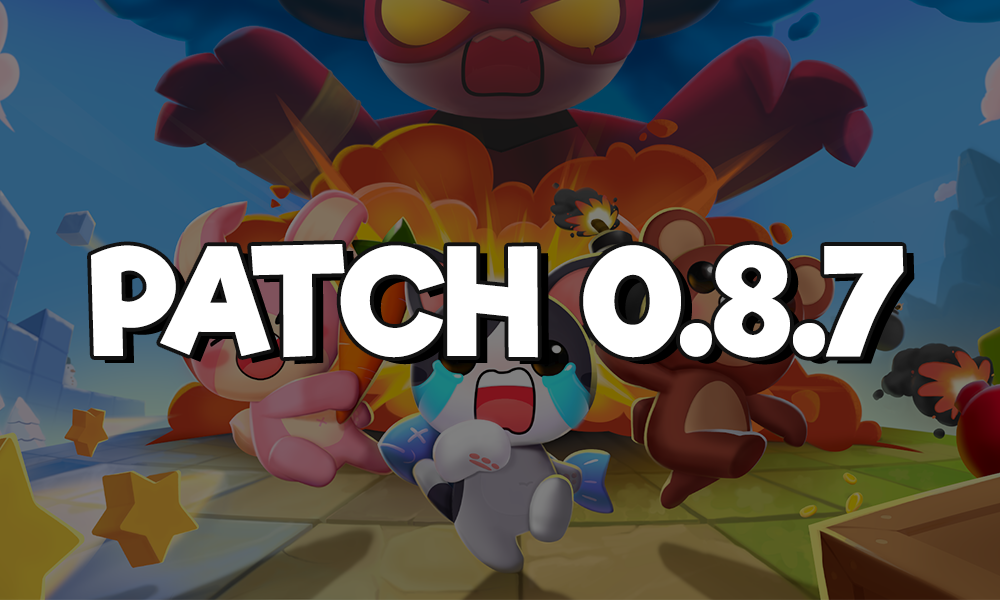 Downtime expected
15-90 minutes depending on difficulties.

A total of 8 new sets of skins will be added this patch, along with emojis, faces and more which will be attainable through various functions of the in-game store, battle pass and lootboxes.

The Battle Pass will be sold for 200 gems. The Battle Pass includes 30 levels of progress, and fulfilling these reward tiers gives you exclusive never-to-be-seen-again loot!

This website uses cookies to improve your experience while you navigate through the website. Out of these cookies, the cookies that are categorized as necessary are stored on your browser as they are essential for the working of basic functionalities of the website. We also use third-party cookies that help us analyze and understand how you use this website. These cookies will be stored in your browser only with your consent. You also have the option to opt-out of these cookies. But opting out of some of these cookies may have an effect on your browsing experience.
Necessary Always Enabled
Necessary cookies are absolutely essential for the website to function properly. This category only includes cookies that ensures basic functionalities and security features of the website. These cookies do not store any personal information.
Non-necessary
Any cookies that may not be particularly necessary for the website to function and is used specifically to collect user personal data via analytics, ads, other embedded contents are termed as non-necessary cookies. It is mandatory to procure user consent prior to running these cookies on your website.
SAVE & ACCEPT